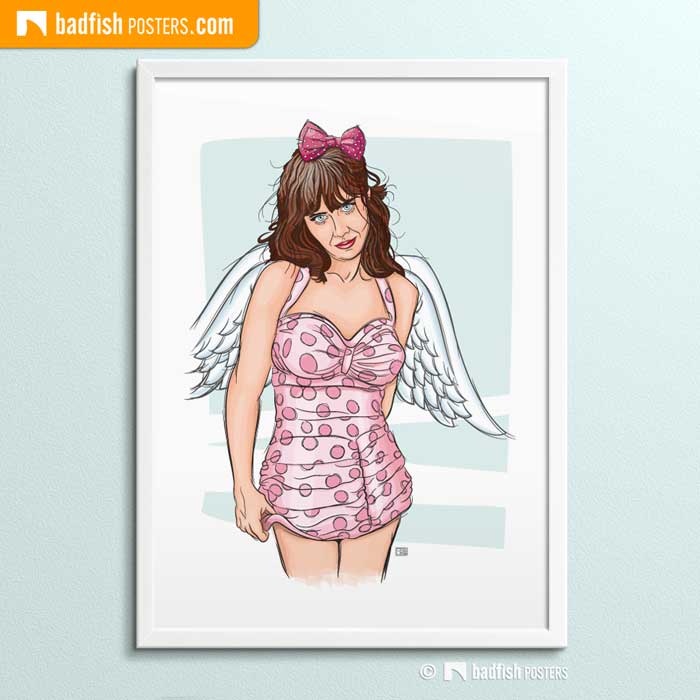 There’s always been something about Zooey. The girl with the retro chic. Mostly playing uncommon roles and her talent as both a singer and an actress draws much esteem.

Men seem to be bedazzled by her charm and here’s how Zooey pulls it off: It’s her charisma combined with a sexy voice, the clothes, plus the hair, plus the very round eyes that make her such an adorable creation. Just look at her and tell me you’re not in love. Every generation gets a couple of sex symbols, and Zooey is certainly one of them.

Made with high pulse here in Sweden, the vector illustration shows Zooey with wings of an angel, heavenly influenced by her perfection. She’s waiting for you here.