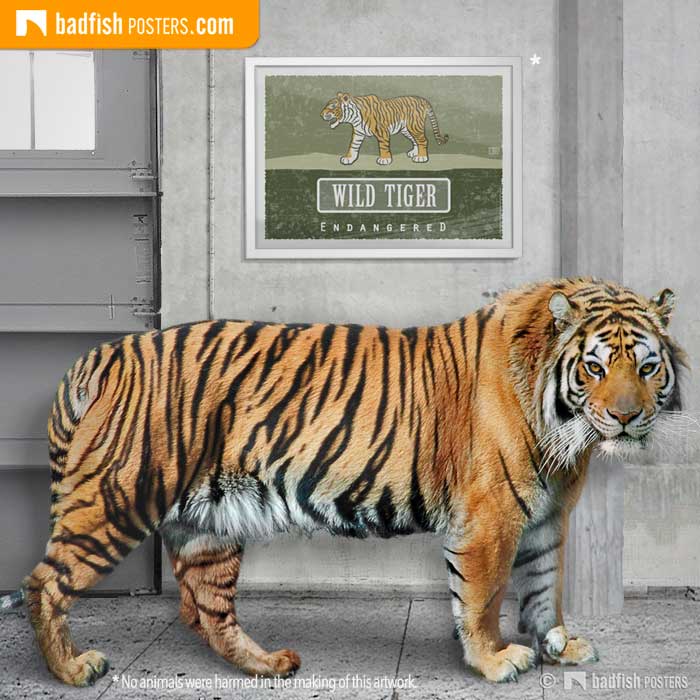 Each year October 4th is World Animal Day. For 24 hours, we have the chance to give back and celebrate animal life in all its shapes and sizes, from mice to elephants. World Animal Day is a time to recognise the positive influence animals have on our lives.

This special day, we want to draw attention to the sad fact that the Wild Tiger, the largest of all Asian cats, belongs to a group of species that are considered endangered.

Major reasons for population decline of the Wild Tiger include poaching and retaliatory killings. Most importantly habitat loss and fragmentation. The global population of tigers has been reduced from over 100,000 in the 1900′s to less than 4,000 in the 1970′s.

We would like to thank the Swedish Wildlife Park and all their staff, the local Fire Department and everyone else involved, for their kind help in making this showroom photo possible. (*No animals and no humans were harmed in the making of this artwork)

Inspired by the alarming WWF reports. Help us spread the word!

The Wild Tiger – Endangered poster was handcrafted for all people who have a great compassion for this amazing creature.