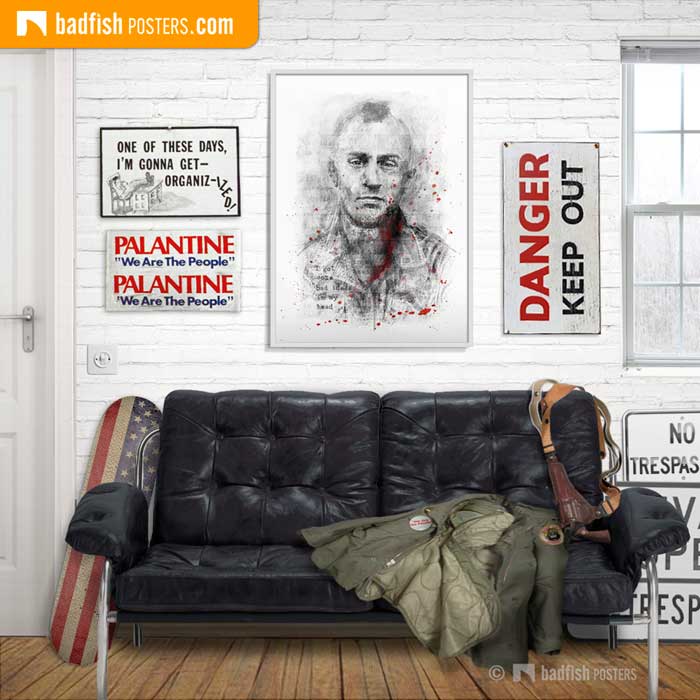 Travis Bickle | I got some bad ideas in my head!

Travis is a lonely and depressed Vietnam war veteran and works as a taxi driver in New York City. He drives his yellow cab endlessly through the infernal darkness of the city by night. He is haunted and obsessed by the squalor and possessed of an ambiguous need to cleanse, to redeem or to destroy. Soon, he develops an urge for violent action, attempting to assassinate a US Senator and to save a teenage prostitute named Iris.

The artwork shows the b&w illustration of Travis Bickle after being shot in the neck, as in the 1976 movie with Robert De Niro. The words – I got some bad ideas in my head – are written all over the illustration’s background to show the madness.

A tribute to Robert De Niro and the movie Taxi Driver by Martin Scorsese.

Made after a cab ride in Sweden. A film that stays in the bloodstream. Get Travis now.