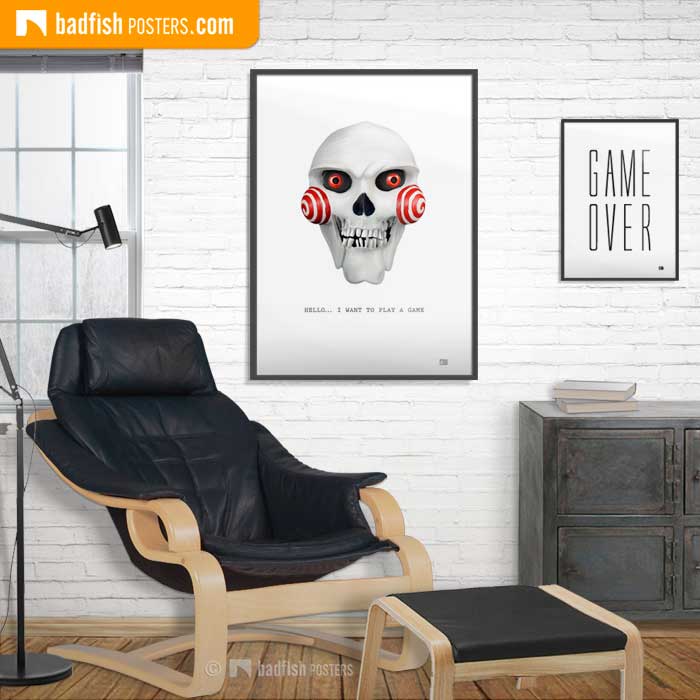 Hello, I want to play a game… Most definitely, he will! Who doesn’t get the creeps by hearing these words? Billy the Puppet and this frightening quote. Both are used by John Kramer (aka Jigsaw) to communicate with his test subjects in the Saw horror movies. Billy delivers recorded messages to the victims held hostage. The creepy little puppet often appears on a television screen or occasionally in person to describe the details of Jigsaw’s sadistic plans. Furthermore to illustrate the traps and the means by which the test subjects could survive. Due to the popularity of the Saw movies, Billy has become a type of cult mascot.

The artwork shows the illustration of Billy’s scary porcelain mask wearing the face of death. The famous quote shown below the mask ‘Hello, I want to play a game…’ are serial killer Jigsaw’s way to let his victims know that the game has begun. Meet Billy here!