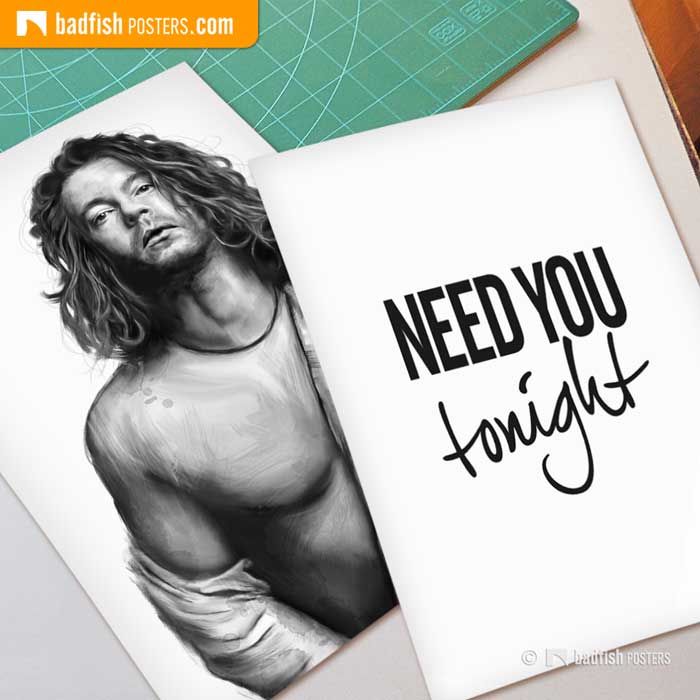 INXS and the sexiest man in rock history…

And yes! Another two examples of yesterday’s orders, ready to be shipped out today!

Michael Hutchence, legendary front man of the Australian rock band INXS. He still remains charismatic and enigmatic. Michael was the personification of the classic rock and roll star. And seemingly, had it all. His death in 1997 robbed the world of a unique and fragile talent.

In 1987, INXS released its most successful album ’Kick’. The song ‘Need You Tonight’ reached the top of the charts.

Quote: Hutchence was the archetypal rock showman. He exuded an overtly sexual, macho cool with his flowing locks, and lithe and exuberant stage movements. – Ian McFarlane

Michael Hutchence’s memory is still fresh and we try to keep it that way. We will send both tribute posters to Australia.

These two black & white posters are a poignant and ultimately uplifting tribute to both the singer and the band. For all Michael Hutchence and INXS fans. Get them here.