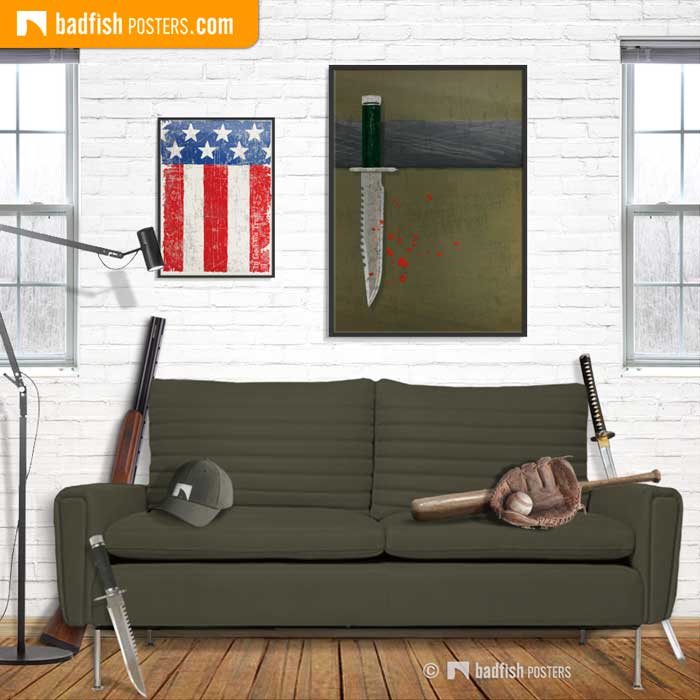 Rambo | Huntin’? what do you hunt, elephants?

John Rambo, a Vietnam veteran is arrested by Sheriff Will Teasle for vagrancy and for carrying a concealed weapon. However he escapes from his captors and the torturing. Teasle wants Rambo captured again at all costs. The rest is cinema history.

But let’s talk about his knife.

Rambo’s knife is based on the design of survival knives, mostly carried by pilots in the Vietnam War. The idea was that if their plane went down, the pilot had a small survival kit in the handle.

The handle is hollow and watertight with a screw-on cap. On the inside of the cap is a compass. Inside the handle is a survival kit. It would include fishing wire and hooks, needles and matches, among other necessities. In fact, John Rambo uses a hook and fishing wire to sew up a deep wound in his arm. The knife is made of stainless surgical steel and is so sharp it slices through a sheet of paper. It is probably Rambo’s most important weapon and he actually prefers it to firearms in the movie. The knife is now a trademark for the character, although it wasn’t in the original novel.

Quote: Back there I could fly a gunship, I could drive a tank, I was in charge of million dollar equipment, back here I can’t even hold a job ‘parking cars’! – John Rambo

The artwork shows the famous knife on top of Rambo’s black headband. The quote ‘Nothing is over, nothing’ and the words ‘to John’ are written on a green army coloured background.

Made cutting onions in Sweden. Become a survivor here.