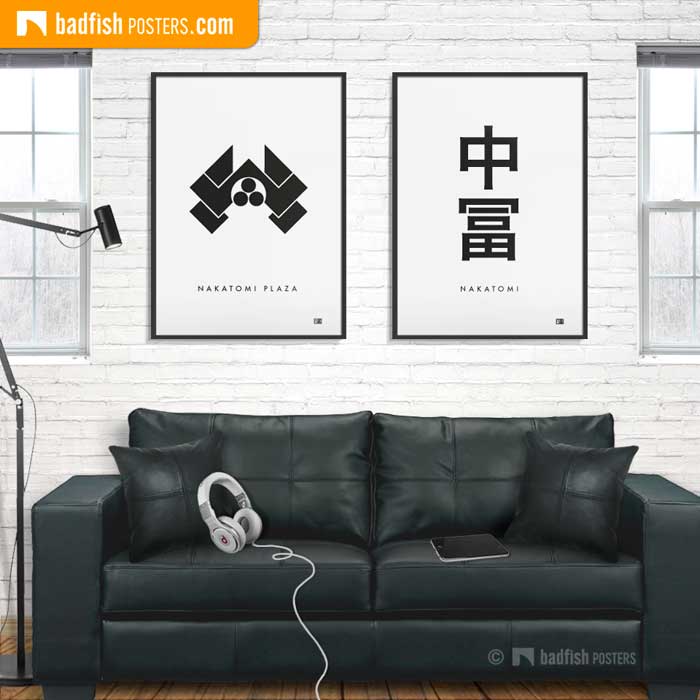 Los Angeles. December, 22. John McClane, a detective with the NYPD, arrives at the Nakatomi Corp. building for his wife’s office party. International terrorists take over the building and hold every one as hostage. McClane launches a die hard war in an attempt to stop the terrorists and save all hostages including his wife Holly. Until the F.B.I. arrives…

Inspired by the 1988 action milestone ‘Die Hard’ by John McTiernan.

Quote: You want money? What kind of terrorists are you? – Joseph Takagi

The black and white artwork shows the top view of the main outlines of the famous Nakatomi Plaza building of the Die Hard movie. The name is beautifully written below the illustration.

The real name of the building is ‘Fox Plaza’ and is a 35-story and 150 meters high skyscraper in Century City, Los Angeles. It has been featured in at least four major motion pictures. It’s most famous appearance was in McTiernans movie.

Made on the 30th floor in Sweden. Own yours here.