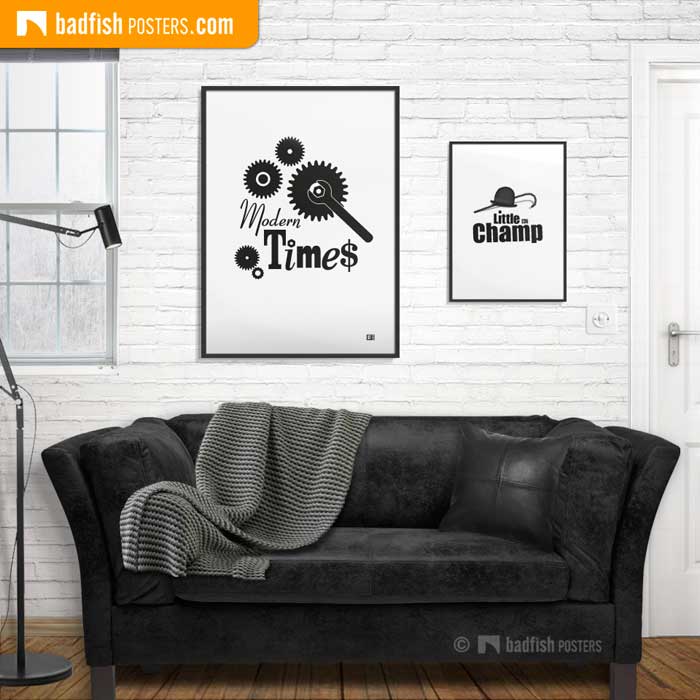 Modern Times | The Tramp on the edge…

A lot of movies are said to be timeless, Modern Times certainly is enshrined among the greatest films of all times.

It’s Chaplin’s visionary genius that takes us into Modern Times, a fable about automation, assembly lines and the enslaving of man by machines. Charlie’s odyssey begins with him frantically trying to keep up with a production line, tightening bolts. Afterwards he is sent to a mental hospital. He will be released and is sent to jail mistaken for a communist… The Tramp will be going through many more escapades before the film ends.

Inspired by the 1936 silent movie gem with the same title by Charlie Chaplin.

Tagline: Laugh… cry and thrill to his genius…!

Beautiful black and white tribute poster to Chaplin’s last ‘silent’ film. The artist used the iconic bolt wrench trying to hold up to the speed of the cogwheels. Most importantly, the cogwheels which engage one another to illustrate the diabolic trap of Charlie’s production line. The movie’s title fits perfectly with the different font types.

Made after a factory visit in Sweden. Own yours here.