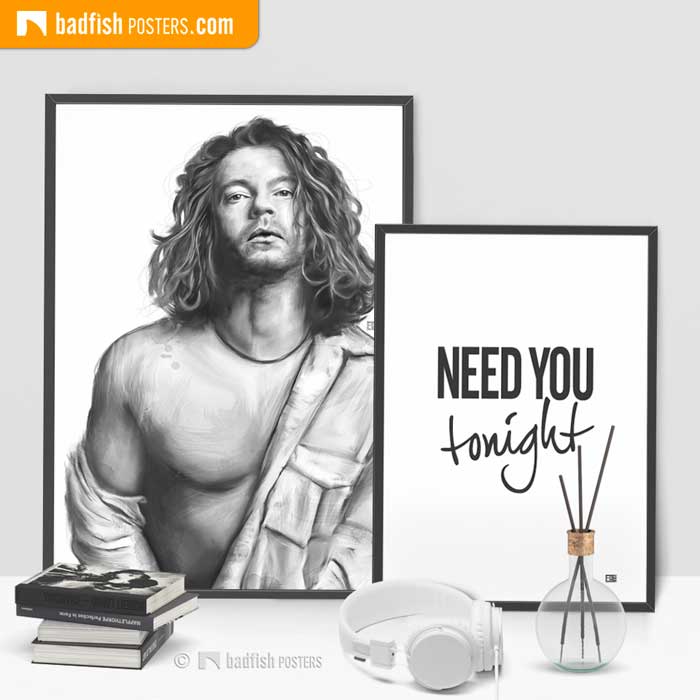 Michael Hutchence | A great talent too fragile for this world!

Michael Hutchence is well known as the legendary frontman of one of Australia’s biggest rock bands INXS. His legacy still revolves around his music, voice, looks and performing skills.

A very charismatic persona, Hutch was a natural at controlling huge crowds within the palms of his hands. His stage show was always alluring yet emotional, and he remained an amazing artist until his untimely passing in 1997, only at the age of 37.

Michael possessed a very strong and sexy voice, and he really improved as a singer between the albums ‘Listen Like Thieves’ and ‘Kick’ where he truly started showcasing the potential firepower his voice had. His passionate, swooning singing style and artistry are highly respectable.

This beautiful artwork has been painted with a mixed technique. The ‘Need You Tonight’ poster is an additional tribute to the famous INXS song.

Made listening to INXS in Sweden. For all Michael Hutchence and INXS fans. Find your Hutchie poster here.