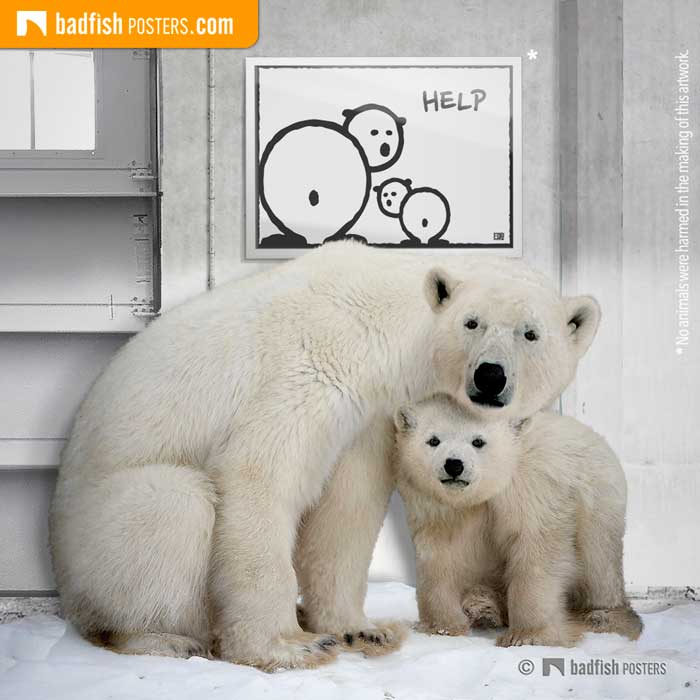 Global warming is a gradual increase in the average temperature of the Earth’s atmosphere and its oceans. Increased greenhouse gases and the greenhouse effect have contributed to an overall warming and changing of the Earth’s climate.

The global warming issue will not go away. Changes resulting from global warming may include rising sea levels due to the melting of the polar ice caps. There will be an increase in occurrence and severity of storms and other severe weather events.

The effects are both consequential and widespread. They will continue to be more and more catastrophic.

With this illustration, we want to draw attention to the fact that the Polar Bear, also called Ice Bear, belongs to a group of species that are considered endangered.

The black and white poster shows a female ice bear and her baby looking desperately back at us. These animals have become more vulnerable, due to increasing habitat loss, as the ice is melting below their feet.

It’s a cry for help. Made trying to help in Sweden.