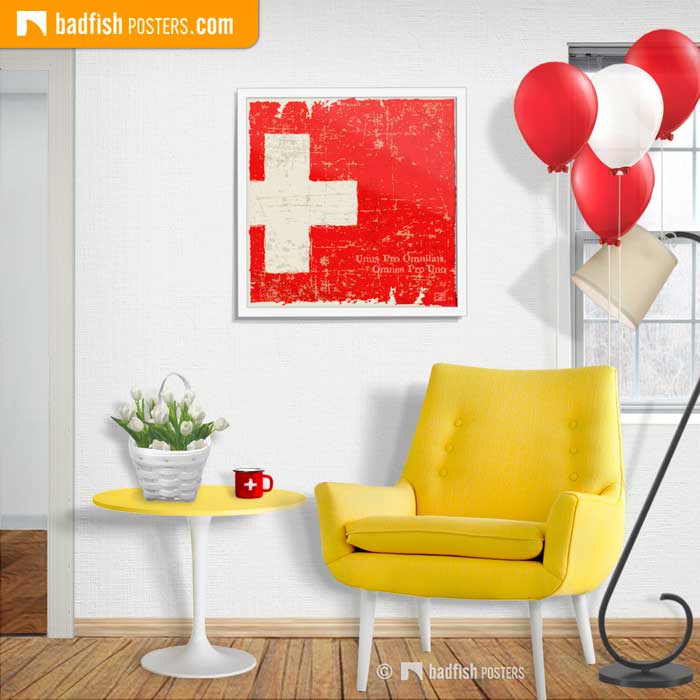 Where is Switzerland ? Keep going till you smell money or step in chocolate. – Robin Williams’ (Chris Nielsen’s) funny quote in the 1998 movie ‘What Dreams May Come’.

725 years of Switzerland ! Now that’s a reason to celebrate! The tiny landlocked nation is known for its stunning beauty. Hundreds of mountains surrounded by a beautiful landscape. Of course tons of different cheeses and the finest chocolate. If you think that you’re rich enough, Switzerland is above all the place to make your money grow.

Since the founding of the Swiss Confederation in 1291, the Swiss people celebrate their National Day each year on August 1st. The day of independence is typically celebrated with breakfasts at a farm or family picnics and barbecues. The festivities are marked by paper lantern parades and traditional bonfires. And the streets are decorated with hanging strings of Swiss flags. Not to forget the fireworks and the competitive rifle shooting matches. Therefore, this special day wouldn’t be complete without a cup of that famous hot Swiss chocolate – yes, even in August.

Our beautiful designed poster flag shows the national motto: ‘Unus Pro Omnibus, Omnes Pro Uno’ (One for all, all for one). Reminds you maybe of ‘The Three Musketeers’ by Alexandre Dumas. Cross swords and pick yours here.