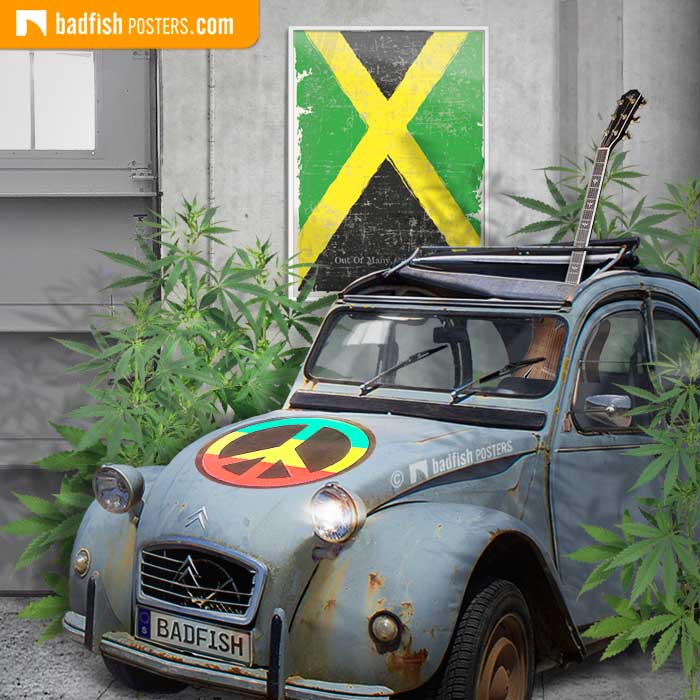 Raise your flags high! Today Jamaica celebrates its Independence Day.
It’s also the birthday of the ‘yellow X’ flag which was adopted on August 6, 1962, the day the colony became an independent country.

Our poster flag shows the beautiful flag with its two yellow stripes intersecting in an X. The black filling in the top and bottom and green on either side makes this flag so recognizable. If you don’t own this cool poster flag already, come and get yours here.