General Lee | The Dukes Of Hazzard 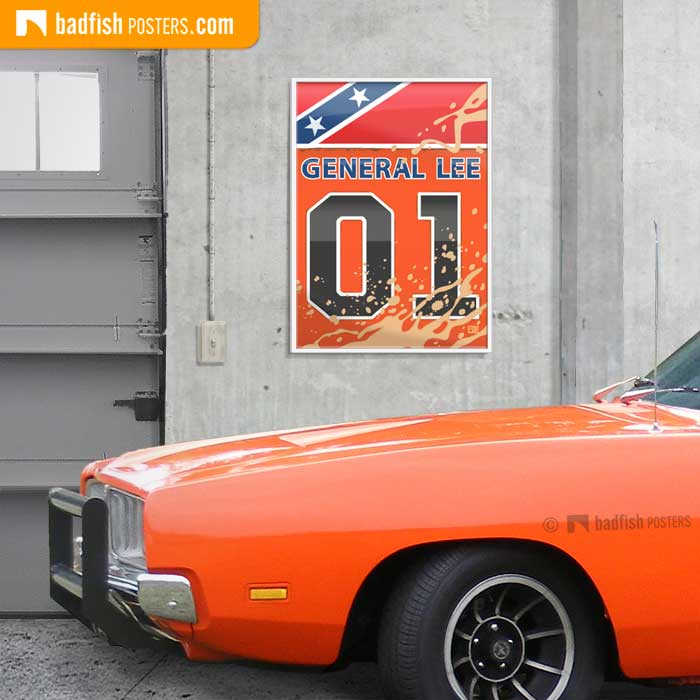 General Lee, the bright orange Southern dirt road express with the Confederate flag* on the roof and racing numbers on the doors. Can you imagine that the hit TV show ‘The Dukes of Hazzard’ (1979-1985) premiered 37 years ago? The show about moonshine, short shorts, hot sexy girls and fast cars. Bo and Luke Duke, their cousin Daisy and their car General Lee, have constant trouble with the authorities.

Yes, time flies. But we still think we could say forget Bo and Luke Duke (not hot Daisy) – the General Lee was the real star of The Dukes of Hazzard. General Lee, undoubtedly the most famous car in the history of automobiles. The souped-up 1969 Dodge Charger not only goes fast, it looks fast. It looks brawny, tough, sleek, macho and muscular. Always ready to play automotive Superman, whenever the Duke boys need to jump a roadblock, cross a ravine or fly over a tractor to lose the yowling sheriff’s cars in pursuit.

The Charger is the definition of cool, besides the Confederate Flag on its roof of course. No wonder, Chrysler Corporation sold about 85,000 1969 Dodge Chargers in the U.S.

The artist painted the famous ’01’ of Generel Lee’s side door and a partial view of the roof. Covered with dust and mud splatter due to the many chases. Fasten your seat bells and own it here.

Made after a speeding ticket in Sweden, General Lee is a beautiful tribute to a great automobile.

Trivia: Somewhere between 256 and 321 ‘General Lee’ cars were created and mostly destroyed during the series.

*The Confederate Flag  illustrated in the artwork, its controversial symbol of slavery and what it stands for, its hate and racist meaning, do NOT represent the opinion of BadFishPosters.com in any way.