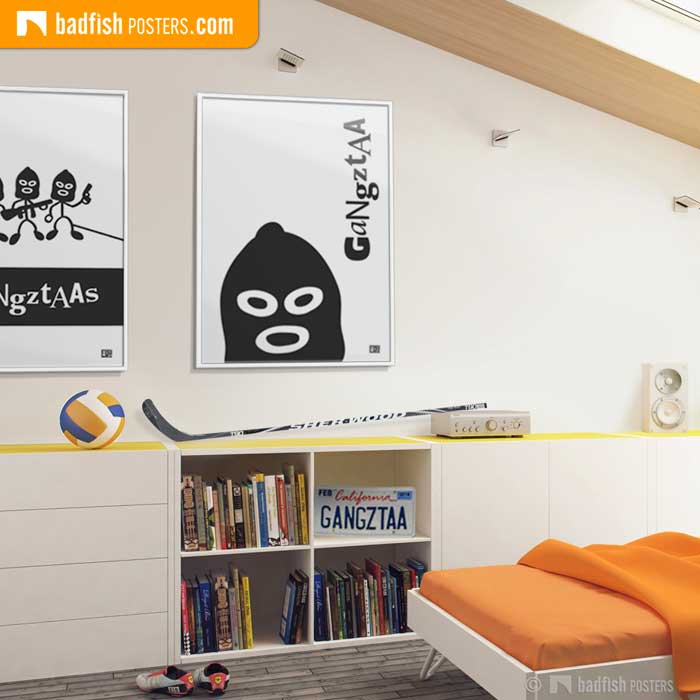 This comic style work shows a security camera snapshot of a Gangztaa gang member on the run. The thief tried to steal the well kept secret recipe: Tasty-Gum-Yummy from the rival Gumdrops gang.

But the attempt went wrong, after guards spotted the intruder with the hand almost on the precious document. It was not possible to reveal the suspect’s identity, because of the black mask he was wearing.

This picture was entirely made with vector techniques, intended to be distributed as a Wanted poster to help catch the gangster.

Quote: As far back as I can remember, I always wanted to be a Gangztaa. – Nicholas Pileggi

Cool illustration of a security camera snapshot of a gangster on the run wearing a black mask. One of the feared members of the Gangztaas.

Made helping the cops in Sweden. Catch him here.