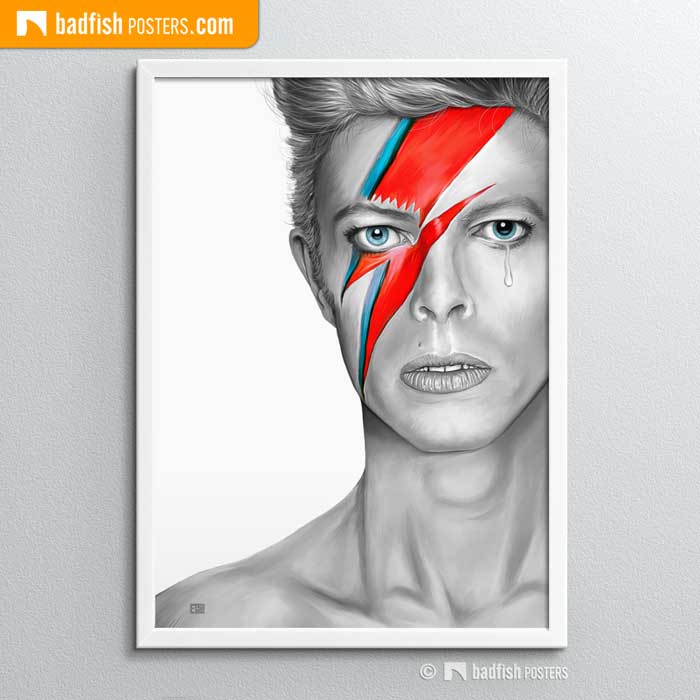 David Bowie – Aladdin Sane | Can you hear me Major Tom?

Rest in peace, Ziggy Stardust – long live Aladdin Sane. Just a year after seducing the world with the saga of Ziggy, Bowie killed him off to invent a new glam character – a much darker one, with a new hairstyle and a lightning bolt painted over his face.

The classic album ‘Aladdin Sane’ was recorded in London and New York in 1973. It had entered the UK charts at No.1 to propel Bowie from outsider to legend.

David Bowie died January 10, 2016 after a battle with cancer at the age of 69. The world of music lost the most influential artist of all time.

A tribute to the glam rock icon. The artwork shows the b&w painting of David Bowie as Aladdin Sane. Only his eyes and the lightning bolt on his face are painted in colour.

Hint: The name of the album is a pun on A Lad Insane.

Made watching the stars in Sweden. Meet David here.