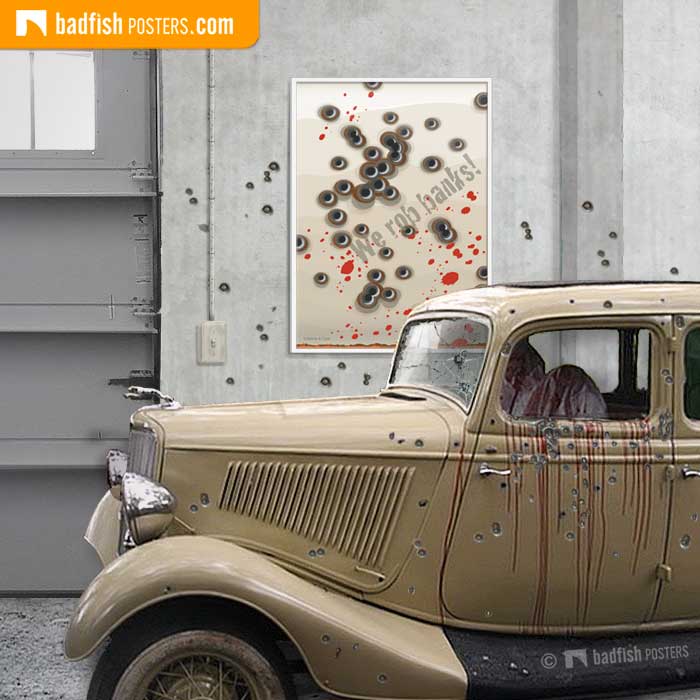 Bonnie and Clyde | We Rob Banks!

Bonnie Parker and Clyde Barrow were two young Texans whose early 1930s crime spree forever imprinted them upon the national consciousness. Possibly the most famous and most romanticized criminals in American history. Their names have become synonymous with an image of Depression-era chic, a world where women chomped cigars and brandished automatic rifles. A time when men robbed banks and drove away in squealing automobiles. A time when life was lived fast because it would be so short.

Entering a world of crime

Taking part in robberies that spanned several states, the gang was wanted for numerous murders. Constantly on the run, Bonnie and Clyde could never rest easily. There was always a chance that someone would become aware of their presence and notify the police. Also public opinion turned against the couple after reports of the murder of two motorcycle cops.

A massive deployment by law enforcement officials that by late 1932 included the FBI, the infamous couple managed to elude authorities and avoid capture for nearly two years.

On May 23, 1934, Bonnie and Clyde famously died in a hailstorm of bullets shot at their car by an assembled posse of Texas and Louisiana lawmen.

After stopping to help Henry Methvin’s father fix his apparently broken-down truck, Clyde pulled the car to a stop on a Louisiana road. When suddenly the posse opened fire without warning. Approximately 150 rounds later, Bonnie and Clyde lay dead in their stolen car. The 1934 Ford Model 730 Deluxe Sedan was pockmarked with holes like a piece of beige Swiss cheese.

The disturbing artwork of the trail’s end

The We Rob Banks! poster shows a close-up shot of the driver’s door of the legendary car littered with bullet holes. Covered with red blood splatter reminding the ambush. The words We Rob Banks! fade away. A discreet line reads: to Bonnie & Clyde. Entirely made with vector techniques.

Inspired by the 1967 cult movie Bonnie and Clyde by Arthur Penn.

Made wearing a bulletproof vest in Sweden. Own your bullet-riddled poster here.