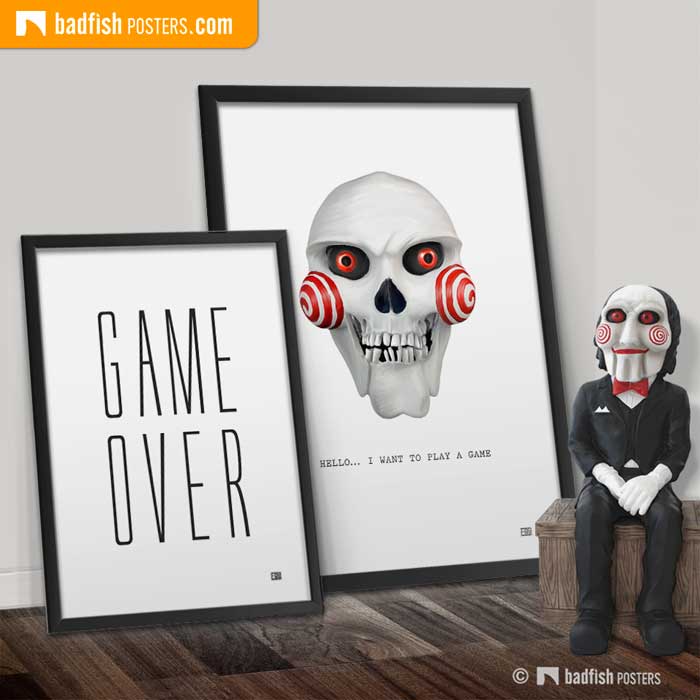 Billy The Puppet | THE message you don’t want to receive!

We all SAW Billy the Puppet as the scary puppet that has appeared in the Saw movies. He was used by the Jigsaw Killer to communicate with his victims. The main purpose of Billy is to deliver recorded messages to the victims of Jigsaw. The creepy little puppet often appears on a television screen to distribute the details of the sadistic traps and the means of which the victims could survive.

A type of cult mascot…

Billy has never been identified by his name in the actual Saw movies. The name was given to him by director and co-writer James Wan. His name is referred to by writers, directors and members of the cast and crew on documentaries and interviews.

Due to the popularity of the Saw movies, Billy the Puppet has become the iconic symbol of the Jigsaw Killer.

The artwork shows Billy’s scary porcelain mask wearing the face of death. The famous quote ‘Hello… I want to play a game’ is shown below the mask.

The ‘Game Over’ poster stands beside Billy in a perfect combination to our SAW collection.

Made being frightened to death in Sweden. If you want to play with Billy, meet him here.