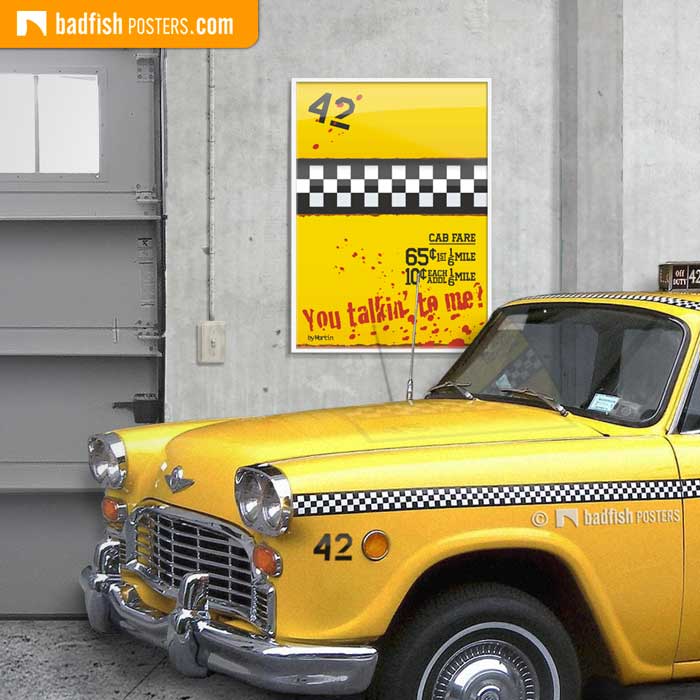 Taxi Driver | You talkin’ to me?

Be ready for the unexpected! An alienated and depressed Vietnam war veteran Travis Bickle works as a night-time taxi driver in New York City. Soon, he develops an urge for violent action, attempting to assassinate a US Senator and to save a teenage prostitute named Iris.

So, the poster’s story is simple enough. It’s a mood piece, a love-hate tribute to the movie, New York in the era of 1970’s urban decay and chequered cabs. The artist painted a close-up shot of the side of a typical yellow NYC cab with a black and white checker stripe as used in the 1976 movie. Of course, he put De Niro’s famous line ‘You talkin’ to me?’ in big crimson letters with blood splatter on it. The cab fare displayed on the top right tells us that it had been much cheaper to have a ride at that time.

Made fighting insomnia in Sweden. Catch a cab here.